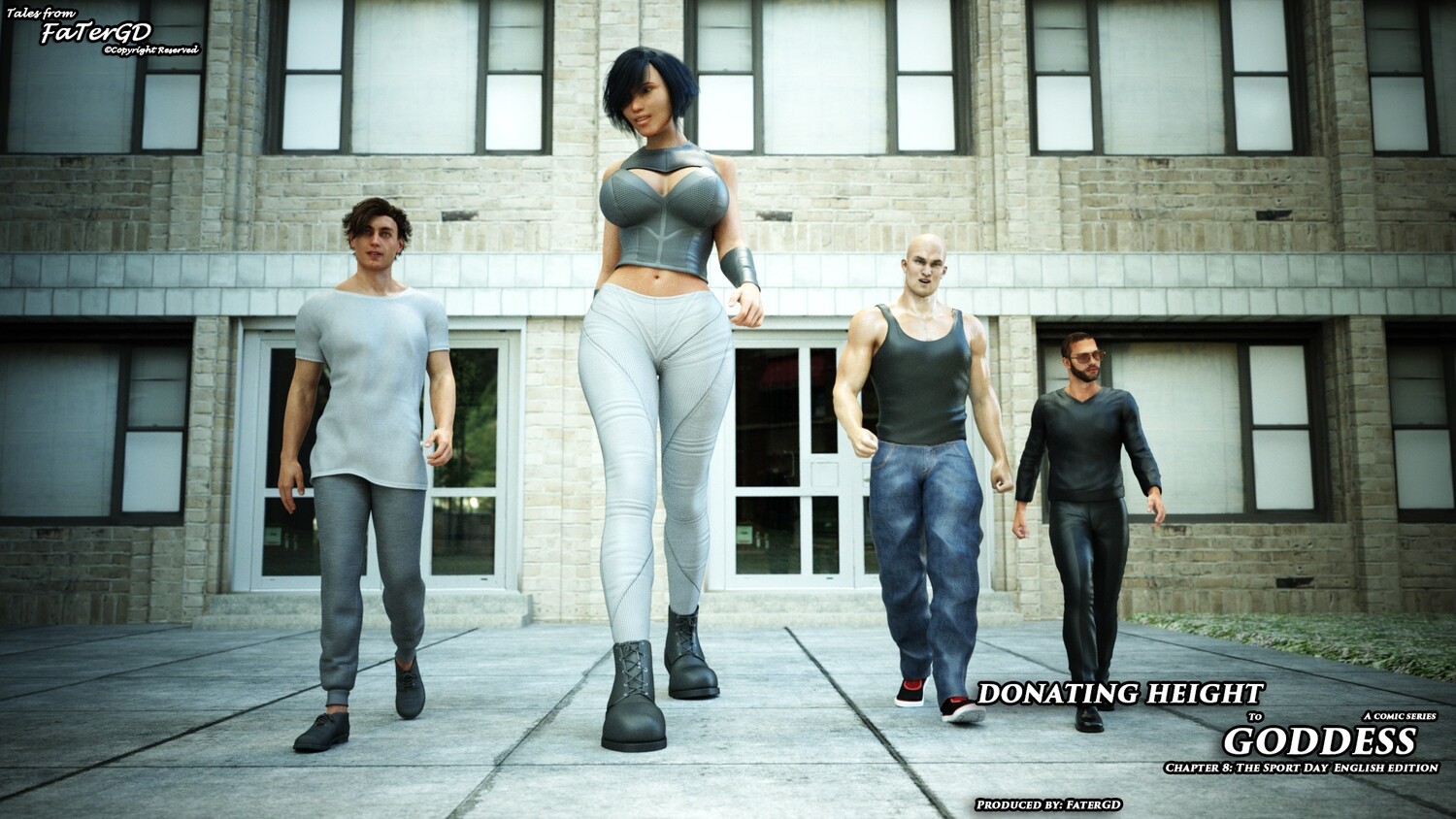 The Story Continues...
Heading into the last day of the experiment, Tom was unable to sleep
Getting down to the living area early, there is only one thing he wants to do:
To check out just how much he has shrunk during the night.
To his surprise, the mark remains as high as the one he remembered from yesterday,
Which means, he did not shrink, at all...
In total disbelief, he tried again
And again, and again,
Until a loud voice interrupted him from behind

It took Tom awhile to finally realize why John made his dramatic reaction behind him
Standing not far from each other, the height difference between them,
Is now too small to be even noticed...
And soon enough, Bill joins the party as the two try to wrap their ahead around what has gone on during the night
And why to their belief, Tom has grown and they have shrunk...

Busy focusing on the change between the three,
They had no idea, that their goddess is taking her last step off the stairs
With a brand new outfit on her body and a smile on her face,
She can not wait for this opportunity,
To have a little bit of fun...

And that's not the only thing in her mind
As she wants to make the last day together, something special
And nothing, can beat a day that the boys love, and a day she can dominate
The Sport Day...