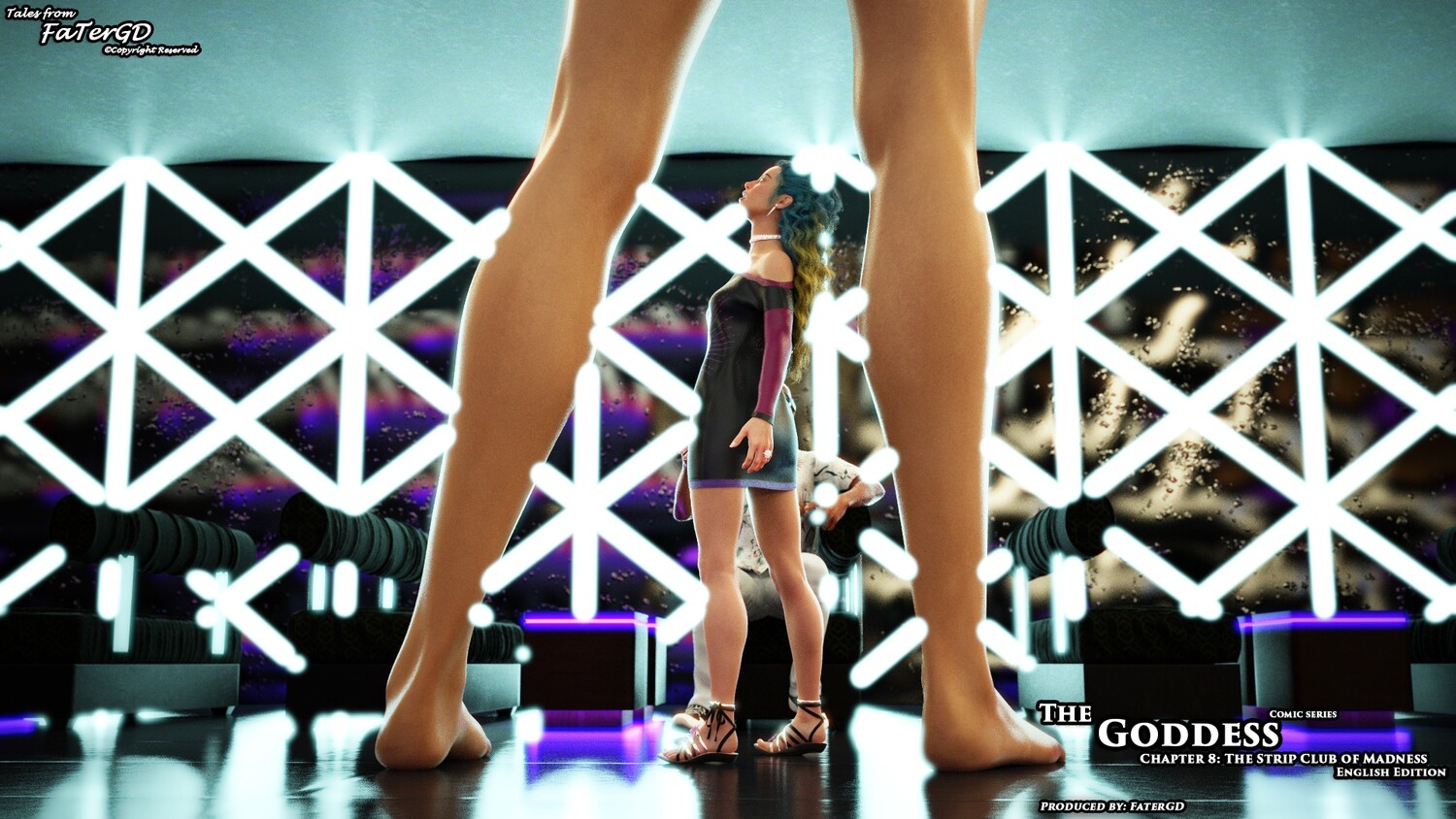 The Goddess Chapter 8: The Strip Club of Madness English Edition

The story continues...
Sitting in the over-sized chair in the middle of the massive room
The park owner is trying to calm himself down...
The past hours of his life was nothing less than batshit crazy,
His park partially destroyed,
His car being crushed in half by one colossal giantess,
Who now is pacing behind him in a much, much small size...

All that effort, is just to get him to meet the Goddess,
Who's standing right in front of him...
What should he do?

Hours later, a Strip club in the city empties as the dawn approaches.
They would normally prepare to close the club for the day,
But today, is a rather special day.
Walking in a rather resorty outfit, the club welcomes the biggest customer they have ever had,
A billionare whos looking to fullfill his desire with tall women
The best can only treat the best,
As the club sends out the best of their own, Nova, easily dwrafing the billionare's above average body...

Getting into action on the side lounge of the massive, yet empty club,
They thought they have the entire place to themselves,
But they are just, so wrong, as the Goddess Kate emerges,
Looking for some ultimate fun...