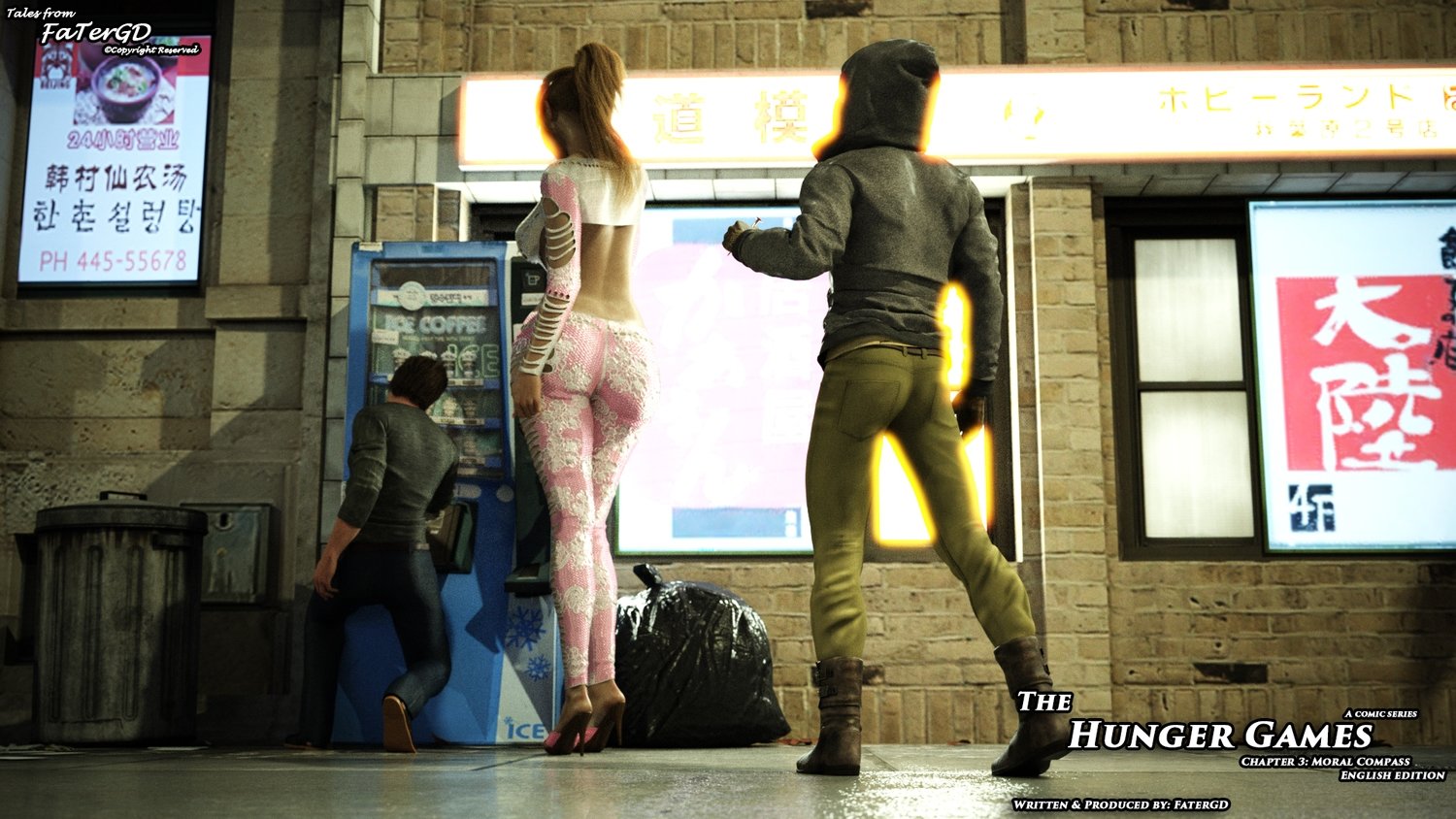 The light dims as the facility settles into the night, With contestants resting in their quarters, Preparing for another tough day ahead,

With the ventilation humming in the background,
Octavia sits near on the pillow of her bed, looking rather nervous and concerned
about the thing she did, or didn't do during her simulation...

Back to the city, Where the street is filled with silence, just a few hours before dawn, as most has fallen asleep,
Suddenly, a loud bang tear through the peaceful night, as a couple's getting frustrated with a malfunctioning vending machine...
The lady, who's almost twice as tall as her counterpart, seems to be extremely strong as her legs easily dent the metal cover of the machine, sending waves of loud noise across the empty street...

Visibly in rage, all the lady wanted was a can of drink after a night of partying,

But she doesn't know,
Just some distance away, Octavia's brother, alone with a giant woman, has been watching them for awhile...
With a needle in his hand, he's determined to help his sister as much as he could,
But little does he know, that his moral compass will be tested, like never before...

As the night goes on, Octavia finally manages to calm herself down, and rest for as much as she could,
Before the light was suddenly switched on.
Regaining conscious, she sees a familiar figure towering over the large frame of their dorm,
The lady who brutally crushed a contestant between her legs and took her to the training ground,

What is she doing here?
Who is she looking for?
What does she want, in the middle of the night?